The city centre is located over a fluvial terrace around a Xúquer’s meander, and at the same time it is placed on the mountainside, which creates a unique picture. Until the 60s there was a small boat that made it possible to cross the river. After that, several footbridges were constructed in 1960, 1965, and 1983. Finally, in 1990 a bridge was built. This was a crucial path due to its strategic location among regions and the fact of being considered a privilege by the King Alfonso the Magnanimous in 1431 for having a small boat and tollbooth.
The most ancient remains in the village are the ones located in Senda Vedà, which date back to the Upper Palaeolithic, the Magdalenian period, 15,000BC to 9,000 BC. In addition, at the foot of the castle there are important Iberian remains and a village from the Bronze Age. Romanic and Medieval remains have also been found in the area of El Teular.

During the first half of the 13th century, the castle, which was inside the boundary of Xàtiva, covered the farmhouses of Cuenca, Benafocen, Xàrquia, Ràfol, Antella, Garbia, Càrcer, Cotes, Sallent, Alcàntera, Beneixida and Ràfol de Beneixida. The farmhouses had Muslim origins. At the end of the 13th century, the castle was left abandoned and the village was moved to its actual location next to the Xúquer River. Even though the conquest of Sumacàrcer was in 1243, when the chronicles name the location of the royal camp in Sallent de Xàtiva, the first appearances of Sumacàrcer’s Mudéjar community take us to James I’s chronicles and the register of Aragon Crown’s chancery in 1268-69. From that moment on, the ownership of the village was passed successively from the Crown to several Valencian noble families: Pròxida (1294-1327), Cervató (1327-1362), Muñoz (1362-1410), Quintavall (1410-1426), Pardo (1426-1433) and Crespí de Valldaura, whose lineage bore the weight of the estate until the dissolution of the stately regime in the 19th century. 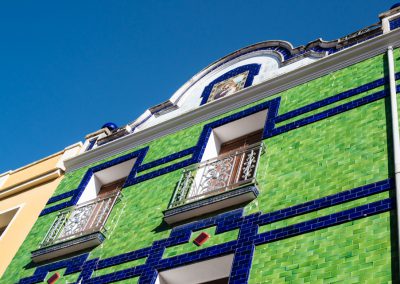 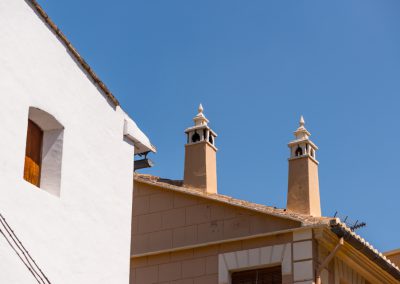 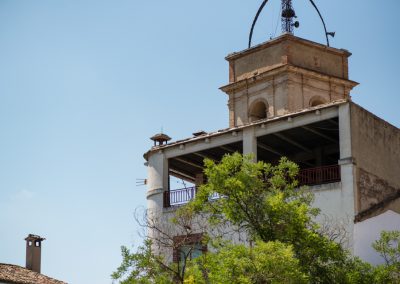 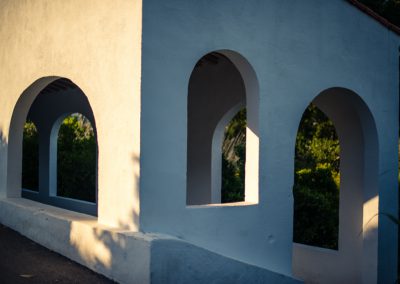 There are TOWN CHARTERS from 1403, 1417, 1610, 1612 and 1616, after the expulsion of the Moorish. In 1663, once the village was settled down and the crisis overcome, Ausiàs Crespí de Valldaura, lord of the village, was granted the title of Count of Sumacàrcer. In 1695, Carlos I awarded the privilege to the town to celebrate a fair from the 4th to the 7th of August. This fair was one of the most important ones in the Reign of Valencia until the 19th century. In that moment, and after several marriages, the Crespí de Valldaura obtained the titles of Counts of Orgaz, Castrillo and Vega de Boecillo, with estates in Castella, Serra-Magna and Villasidro, as well as some possessions in Sicily (Italy.
In the Valencian area, they were also the lords of Alcúdia de Crespins since 1499 and Callosa d’en Sarrià since 1761. In the 17th century, Cristòbal Crespí de Valldaura, Aragon Crown’s Vice Chancellor, and Lluís Francisco Crespí de Borja, Orihuela, Palència and Vich’s bishop, were outstanding members of the family. 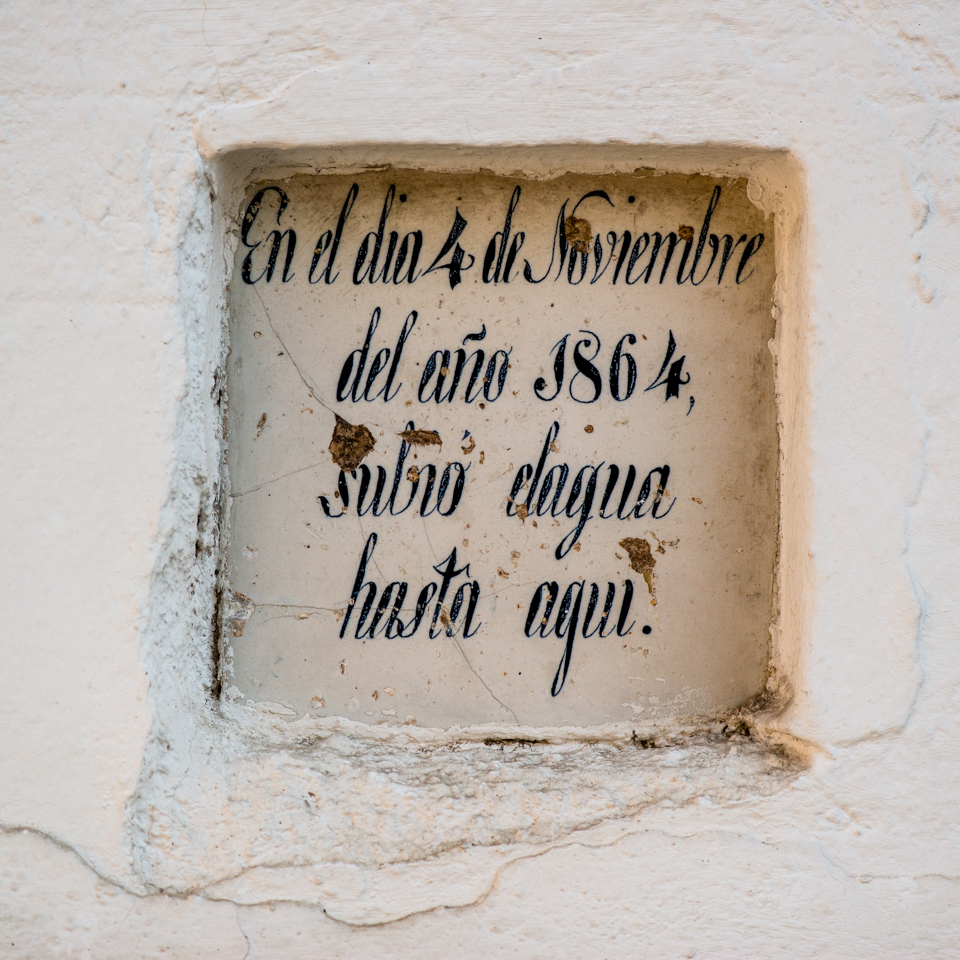 The 20th of October 1982, the history of Sumacàrcer was altered due to the blow up of Tous’s dam. The rising waters of Xúquer River covered part of the village and the 70% of the fields, leaving behind sad and painful memories. Commemorative plaques have been installed in some houses in order to point out the height of the flood. 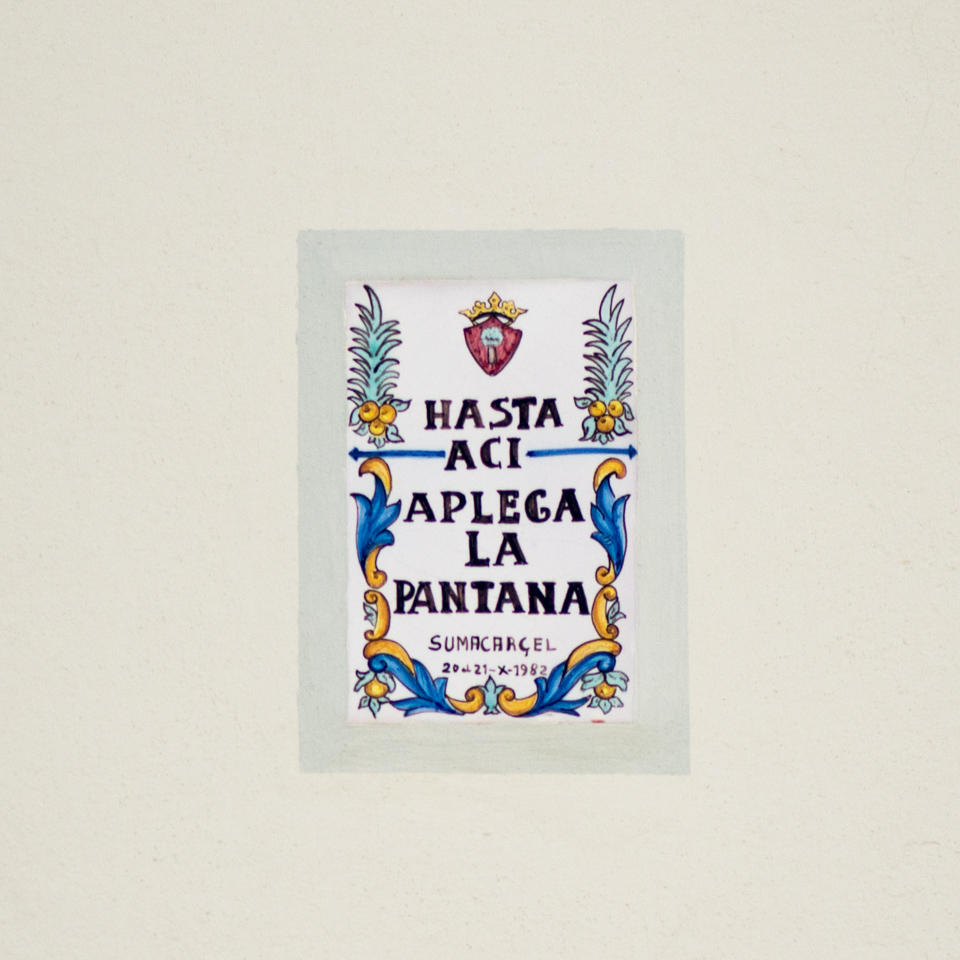 Sumacàrcer’s inhabitants are open and kind. We are known by our holiday spirit and we would like you to join us in our festivals and cultural activities. It is odd not to have an activity scheduled at the weekends. Follow our social media if you want to be updated with the latest news.

The closest Saturday to the 17th of January

We make a bonfire in Plaça Major (the main square), and on Sunday the priest blesses the animals.

“The Conscripts” meet throughout the week and they prepare the Glory Saturday’s feast, which consist in decorating the village with paper flags; and when the Glory Mass ends, a dazzling display of fireworks lights up the sky. On Easter Sunday, “the Conscripts” dress up and beg door to door.

Throughout the week, people bake the traditional “Arnadí”, a typical dessert made of pumpkin, almonds and pine nuts.

Romeria To The Hermitage

The Sunday after Easter

On this day there is a pilgrimage from the Church to the Hermitage that celebrates the blessing of our village, and then, people have lunch. People spend the rest of the day there accompanied by the typical ‘dolçaina’ and ‘tabalet’ (pipes and drums).

Previous weekend to the 25th of April

Parade, raise of the tricolour flag, lunch, market and cultural acts about the Republic.

Last weekend of May

This festivity is organised by the congregation ‘Filles de Maria’ (Mary’s Daughters) and by the ‘Monument de la Joventut’ (Youth Monument’s commission). It honours the Immaculate Conception. On Thursday, a monument made of cardboard stands at Plaça Major’s roundabout. On Saturday, the Offering of the Flowers takes place and at night there’s an open-air dance. Finally, on Sunday evening, after the Virgin procession, the monument is burnt.

There are parades in which members from both sides wear flamboyant costumes. There are also ‘despertaes’ (awakenings) in the morning and then, they stop to eat ‘coca en cansalà’ (thick crispy bread topped with meat). The last day, the Muslim conquest is represented; and after that, the Christian reconquest takes place followed by the Victory parade.

These festivals honour the Holy Christ of Sumacàrcer, a statue from the 15th century. It is venerated with great devotion not only by Sumacàrcer’s inhabitants, but also by people from Cocentaina, Beniarrés and Almansa. The most important events are: the Offering to Christ, Paella competition, solemn mass, procession with the statue of the Holy Christ, open-air dances, Valencian ball game and running.

Monday-Friday 9:10am-2pm and 5pm-7:30pm
The shop is open Saturday and Sunday in the morning.

Production and dressmaking of clothing. Uniforms.

Passeig del Xúquer (next to the canoeing club)

A selection of cold meat. Preparation of traditional artisanal sausages since 1971. We are well-known for our varieties of black pudding «Gosset» or «Llonguet», as well as for the Catalan sausages made of onion or rice. We also have an assortment of hamburgers.